Jim is a founder and the CEO at Nirmata, the Kubernetes management plane for enterprises! Jim has been building large-scale distributed software for the last two decades. Jim started his career developing C++ software at Motorola for cellular network infrastructure, where his team launched the world's first CDMA network. Since then Jim has held several developer, architect, and leadership roles at companies like Bell Labs, Cisco, Trapeze Networks, and Pano Logic. 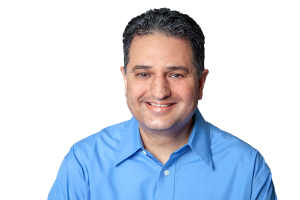 Kyverno is policy management designed for Kubernetes. With Kyverno, cluster administrators can easily validate, mutate, and generate configurations without the complexity and hassle of another language or external tools. In this talk Jim Bugwadia and Shuting Zhao will discuss why policies are key to managing Kubernetes at scale, show how Kyverno works, and demonstrate using Kyverno to address Kubernetes best practices and security across workloads and clusters.