Josh spent his college years programming robots to play soccer in the RoboCup SPL league. There, he learned to love when very complicated computer systems break. This passion for broken computers led him to take an SRE job at Google working on source control systems. Six months ago he moved to Cockroach Labs to work on a DBaaS. Josh enjoyed Borg while at Google and has since spent many long hours puzzling over the strange land of Kubernetes. Josh can often be found roaming the Cockroach Labs NYC office yelling about things like strange node pool API semantics much to the confusion of his coworkers who don’t work on Kubernetes. 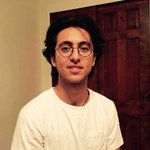 What We’ve Learned Building a Multi-Region DBaaS on Kubernetes

Running geo-distributed clusters on Kubernetes presents no shortage of challenges: it complicates networking and service discovery; it mandates the use of stateful sets and persistent volumes; and it requires cleverness to navigate node pools and firewalls. Here's what we learned along the way.